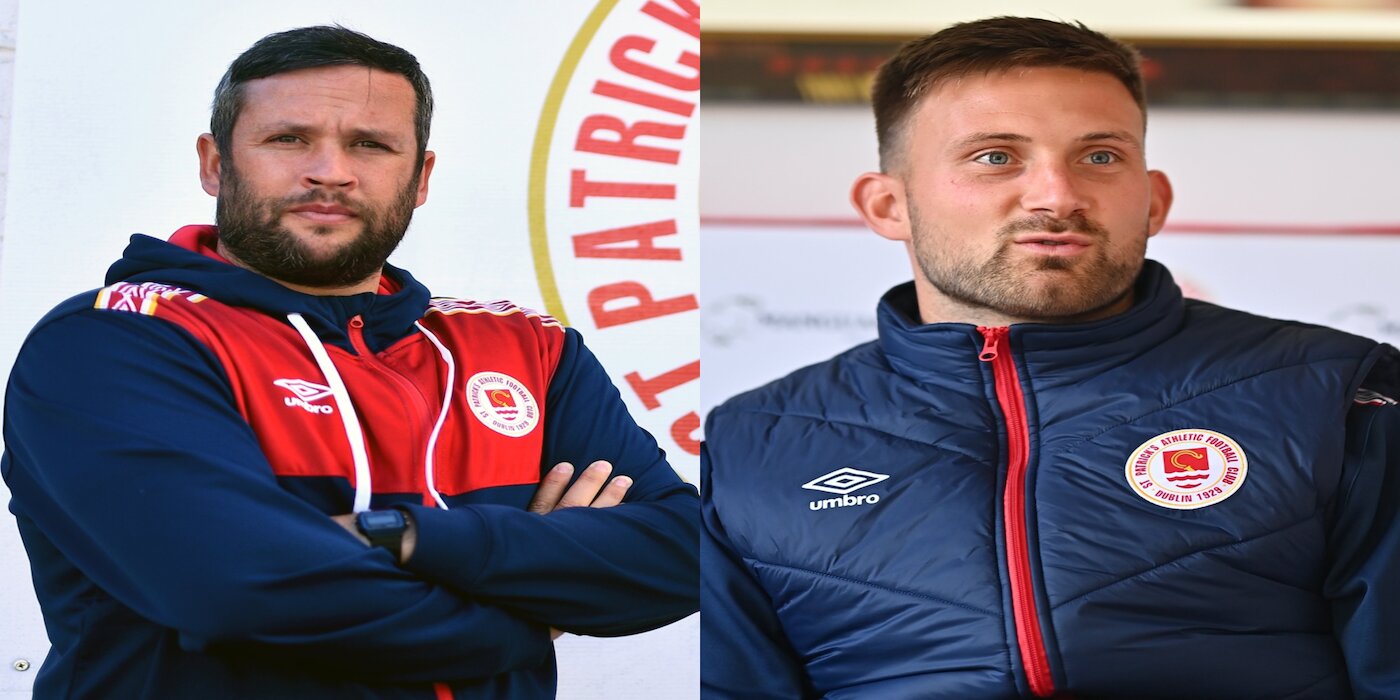 St Patrick's Athletic will be back in action in Inchicore on Friday night when they face Derry City in a crucial game in the race for Europe.

Kick-off at Richmond Park is at 7.45pm with home tickets available online HERE and away tickets via Derry City FC directly.

A small number of home tickets may also be available from Richmond Park on match day depending on availability but we advise all supporters to buy their tickets online now to avoid disappointment.

The game will be live on LOITV with Jamie Moore and Keith Treacy in the commentary box.

It has been three weeks since The Saints were last in action as they made it five league wins in a row with a 2-0 victory against Drogheda at Head in the Game Park.

Despite going down to 10 men early on when Anto Breslin was sent off and missing a first-half penalty, they fought hard and second-half goals from Mark Doyle and Chris Forrester sealed an important three points in front of a vocal away support.

That win was their fifth consecutive win in the league with victories over Sligo Rovers, UCD AFC, Bohemians and Finn Harps all part of an impressive run of form.

St Pat's currently sit in 4th place, two points behind Dundalk in third, with a game in hand.

They know a win tomorrow night could put them ahead of Dundalk into third, and just four points off Derry City in 2nd place.

Derry City have been the main opposition to Shamrock Rovers in the title race in recent weeks and they currently sit five points behind the league leaders with six matches left to play.

Their most recent game was in the FAI Cup when they advanced to the semi-finals thanks to a 3-1 win against Shamrock Rovers, after extra-time.

Jamie McGonigle and Rory Gaffney traded goals in normal time and the sides couldn't be separated after 90 minutes.

However, goals from Daniel Lafferty and Brandon Kavanagh in extra-time ensured Ruaidhri Higgins' side advanced to the last four where they'll host Treaty United next month.

Their last match in the league saw a Will Patching goal help them to a 1-0 win at home to Sligo Rovers.

St Pat's and Derry have met on three occasions this season, with Derry winning twice and the other ending in a draw.

On the first occasion, goals from Matty Smith, Jamie McGonigle (2) and Cameron Dunnigan saw Derry win 4-0 at Richmond, a result that St Pat's will be looking to put right tomorrow night.

They've met twice at the Ryan McBride Brandywell, the most recent match in May was a 0-0 draw while the the other in March was 2-1 victory for the home side.

Will Patching scored twice that night, with Tom Grivosti's goal of the season contender not enough to secure a point for The Saints.

"It's a huge game. Obviously, we want to put right the fixture we had earlier on this year at Richmond.

We got beaten 4-0 and it was the probably the lowest point for us this season.

We are on a good bit of form as well since the break in mid-season. We have won five on the bounce now and we know it is going to be hard to keep that run going but we are definitely going into the game with confidence.

We are hoping we can enforce our way of playing onto the game and if we play well and take our chances, I've no doubt we can win."

St Pat's have won five games in a row since goalkeeper Danny Rogers joined the club, the perfect start for the 28-year-old Dubliner!

He made his debut and kept a clean sheet against Sligo Rovers and hasn't looked back since, as he explained to Jamie Moore on our Talking Saints Podcast:

"It couldn't have gone any better. Five wins in a row so it's been the perfect start.

All the lads have been really welcoming and I've fitted in nicely, so we want to keep it going now on Friday against Derry.

Nothing is over yet. The only thing that matters is the final result at the end of the season (and where we finish).

We have got to be in that top three and I think we definitely can be. Derry is obviously going to be a tough game, they're a good team but so are we so I don't see any reason why we can't go on and win the game on Friday night.

Team News: Anto Breslin (suspended) and Adam Murphy (hamstring) are the only absentees.

Tickets: Home tickets are available online HERE and away tickets via Derry City FC directly. A small number of home tickets may also be available from Richmond Park on match day depending on availability but we advise all supporters to buy their tickets online now to avoid disappointment.

LOITV: For those who can't make it to Richmond, the game will be live on LOITV for a match pass of 7 Euro with kick off at 7.45pm, Jamie Moore and Keith Treacy will be in the commentary box.

Updates: Alternatively, you can catch updates across all of our social media channels on Friday
evening.