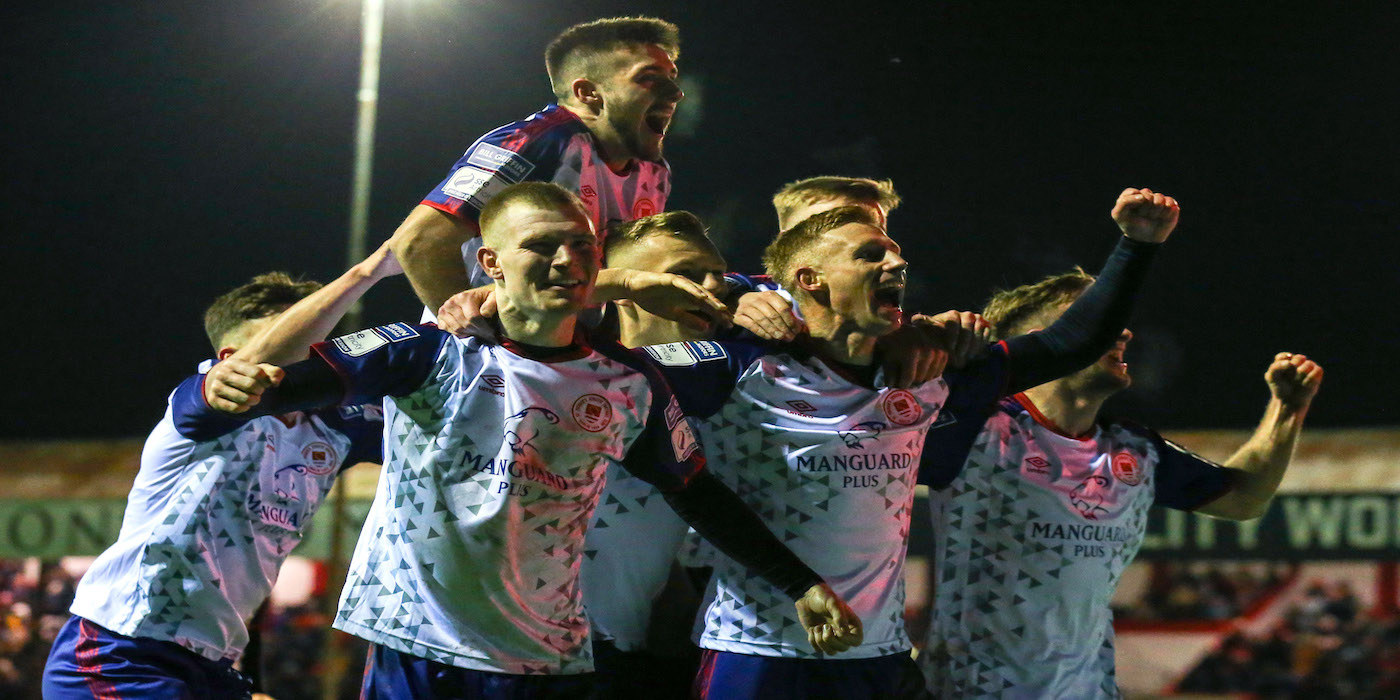 Kick-off in Drumcondra is at 7.45pm, with a small number of away tickets still available via the Shels website HERE

The game will also be live on LOITV.

St Pat's come into the game 4th in the table as the race for European qualification enters the final stretch.

They are five points behind Dundalk, who they play on Friday at Casey's Field, and nine points ahead of 5th placed Bohemians.

This is their game in hand on Dundalk, so a win would move them to within two points of The Lilywhites.

That was their first outing for three weeks, and having won five matches in a row before Friday's defeat, they'll be aiming to rediscover their winning form tomorrow night.

Anto Breslin will serve the second match of his two game ban while Chris Forrester is also suspended having been sent off in the closing stages of the Derry game.

Adam Murphy continues to progress well in his recovery from a hamstring operation, but the 17-year-old midfielder is still a little bit away from full fitness.

Shelbourne are 7th in the table, 16 points behind St Pat's with six matches left to play.

Damien Duff's side have drawn their last two SSE Airtiricty League matches against Shamrock Rovers (0-0) and Finn Harps (1-1) and also qualified for the FAI Cup semi-finals thanks to a 3-0 win over Dublin rivals Bohemians two weeks ago.

The Super Saints and Shels have met twice already this season and have one win each so far.

St Pat's supporters have happy memories of their last trip to Tolka, that was on the opening night of the season when goals from Darragh Burns, Mark Doyle and Jay McClelland secured a 3-0 win in Tim Clancy's first competitive game in charge.

Jack Moylan and JJ Lunney were on target as Shelbourne won the return game at Richmond Park 2-1 in May, Joe Redmond got St Pat's goal that night.

This rescheduled game is the third meeting of the teams this season, with the fourth to come next month in Inchicore on the last day of the season.

Manager Tim Clancy said: "We are looking forward to the game. We were unlucky not to get something against Derry on Friday and we've been on a good run of performances and results.

The players were in for a recovery session on Saturday and we trained this morning (Sunday) to finalise of preparations to face Shelbourne so we're ready to go.

We've had a win and a defeat against Shelbourne this season, the last time at Tolka we were excellent.

We scored some brilliant goals and I was very happy with out work-rate and defending that helped us to a great win on the first night of the season.

Tomorrow is a new game and we know we'll need to be at our best to pick up the three points, that's what we'll be aiming to do in front of another big away support."

Tickets:A small number of away tickets are still available via the Shels website HERE, they are only available online. Tickets purchased for the original fixture are still valid, St Pat's fans who are not intending to use their tickets from the original postponed game must contact Shelbourne FC directly for a refund.

LOITV: For those who can't make it to Tolka Park, the game will be live on LOITV for a match pass of 7 Euro with kick off at 7.45pm.

Updates: Alternatively, you can catch updates across all of our social media channels on Friday
evening.