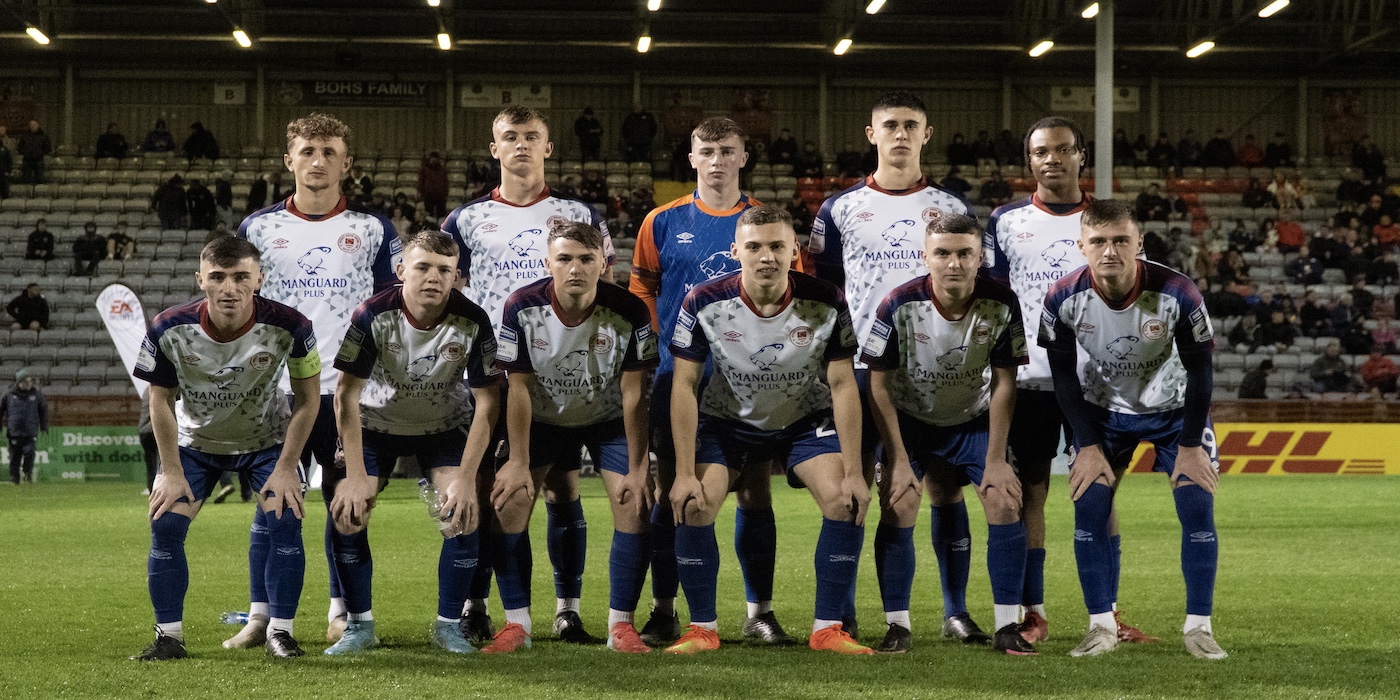 St Patrick's Athletic U19s ended their season with defeat in the U19 FAI Cup Final on Tuesday night.

Jamie Mullins got the only goal at Dalymount Park to secure the Enda McGuill Cup for Bohemians.

The Saints finish the season as EA Sports U19 Underage National League Champions, having clinched the title a couple of weeks ago in Galway.

The home side started brightly with James McManus and Jamie Mullins having efforts but they failed to test Kian Clements in The Saints goal, with St Pat's forcing a couple of early corners which Bohs did well to clear.

Ben Curtis went close with a header from Luke O'Brien's corner in the 24th minute before Sean McHale made a brilliant tackle to deny Mullins in the box, there was nothing between the sides at the break.

The opener, and only goal of the game, came seven minutes after the restart, Ireland underage international Mullins found the back of the net with a powerful finish to give the home side the lead.

St Pat's introduced Adam Murphy in place of James Byrne on the hour mark with Cian O'Malley coming on for Sean McHale. Murphy, making his first appearance since injuring his hamstring in first team action against Dundalk in April, almost made an instant impact but his through pass just evaded Captain Ross Fay.

The Saints were pushing hard for an equaliser as Matty O'Hara came on for Jamie Gray, they won a number a corners and also had a shout for a penalty waved away by the ref.

Great play down the wing by Jason Folarin let to a goalmouth scramble, Ben McCormack's effort on the rebound went just wide, Anto Dodd was introduced for Darius Lipsiuc.

Bohs' then almost got a second on the counter via Aaron Doran's volley which was just inches off target.

The 4th official's board showed five minutes added time as St Pat's peppered the Bohemian's goal with a number of Cian O'Malley long-throws causing problems, but The Gypsies survived to win the cup.