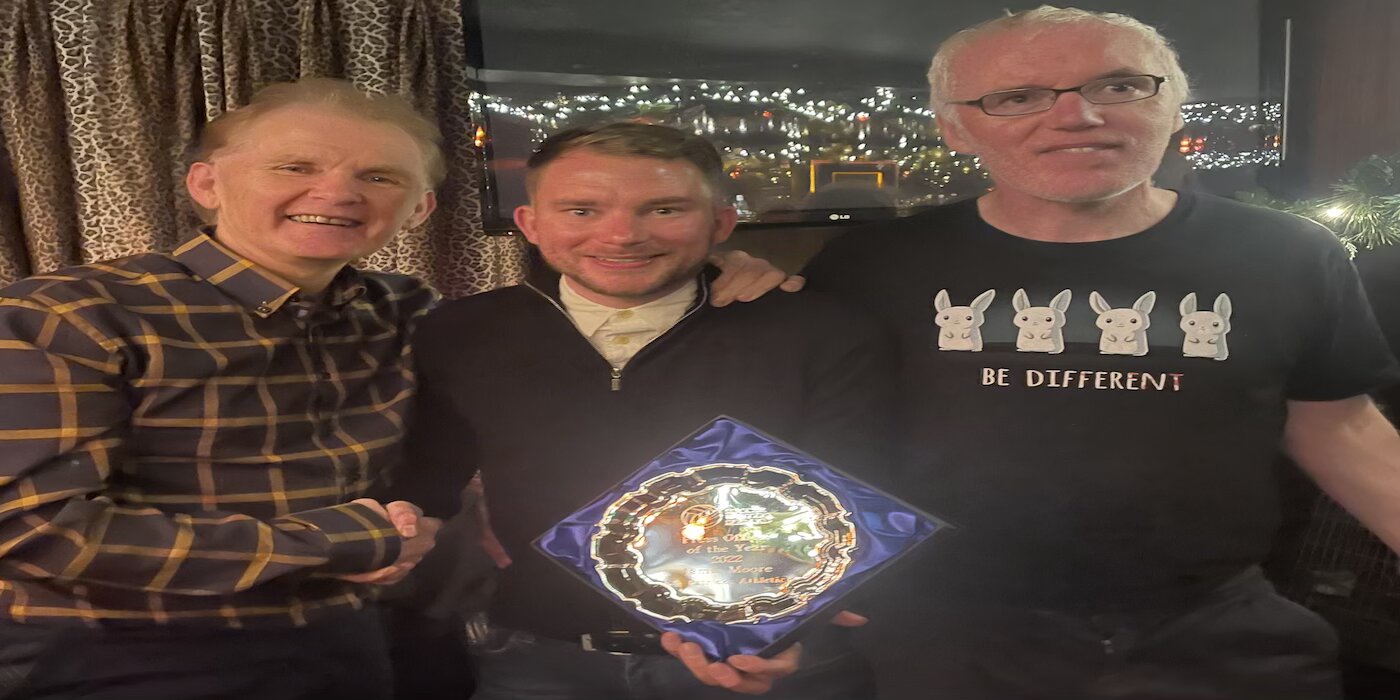 St Patrick's Athletic Head of Media Jamie Moore has been named 2022 League of Ireland Press Officer of the Year at the Soccer Writers Ireland awards.

Jamie was presented with his award by SWI President David Kelly and former St Patrick's Athletic Managers Liam Buckley and Brian Kerr at an event at 37 Dawson Street on Wednesday night.

Moore said: "I'm absolutely delighted to have won the award and would like to thank Soccer Writers Ireland and everyone who voted for me and for all of their help, co-operation and coverage across the season.

I'd like to congratulate all of the other nominees, Mark Lynch from Shamrock Rovers, Lawrence Moore from Derry City and James O'Donoghue from Cobh Ramblers. It was a great night with all of the media who cover the league on a weekly basis. The media coverage around the league from both the clubs, the FAI and the media in general has never been in a better place, it's great to see.

I also want to thank everyone at St Patrick's Athletic for their help across the year, especially our media team of John Owens, Bernardo Santos, Colman Hanley, Donal Burke, Sean Meehan, Eoin Rosney, Gary O'Nuallain, Conor O'Brien and photographers Matthew Lysaght, Darragh Connolly and Adriano Elisei as the guys from LOITV and all of our commentators and co-commentators and the team from the match programme.

We have a brilliant and skilful media team, who give up their time to help our media output and it's massively appreciated by myself and the club.

Everyone at the club has also been a massive help and support to me in my role, thanks to Garrett Kelleher, Anthony Delaney, Karl Stafford, Ger O'Brien, Niall Cully, Brian Dalton, Daniel Ovidiu Nenestean, Dave Carter, David McGill, Tim Clancy, Alan Mathews, Jon Daly, the rest of the First Team and Academy staff and all of the players for their help and for giving up their time for interviews and press conferences, media events etc.

The club is in a really good place the moment both on and off the pitch and there is a real buzz around the place, it's a brilliant place to work with fantastic people, here's to more of the same in 2023!"