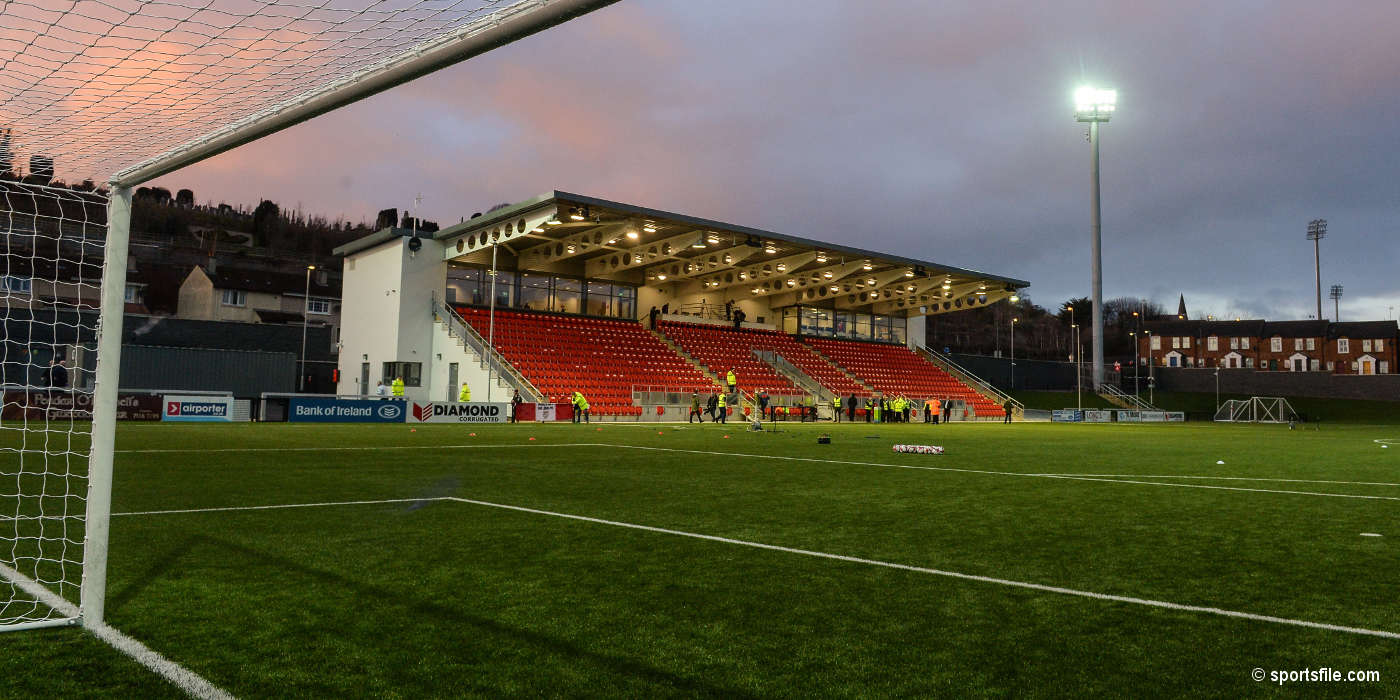 St Patrick's Athletic face a second away trip in five days as Liam Buckley's side travel to the Brandywell on Friday to face Derry City in the SSE Airtricity League (kick-off 7.45pm).

Following a 1-0 win on Monday night against Wexford Youths thanks to an Ian Bermingham goal, Pat's will be looking for a second away win in a row as they return to regular domestic action following the side's UEFA Europa League campaign.

Speaking to stpatsfc.com ahead of Friday's game, Pat's manager confirmed that the Saints' squad were in good spirits following Monday's win in Ferrycarrig and that he has a fully fit squad ahead of the journey to face the Candystripes.

"It was good to get back to domestic action on Monday as with postponements and our European run, we were inactive for a while so both players and management were itching to get out on the pitch. Monday was a great win for us as we had to hold off some strong pressure from Wexford at the end," Buckley admitted.

"We know we have to be a bit more clinical in front of goal as we're creating chances but not taking enough of them. We've tried to recover since Monday as best as possible and work on a few little things ahead of facing Derry, who we know will give us a very difficult game on Friday."

The Saints' trip to the Brandywell is the first game back at the Foyleside venue for midfielder Mark Timlin, the Buncrana born man returning having joined the Inchicore men at the beginning of the season.

Speaking to stpatsfc.com ahead of Friday's match, Timlin admitted that while it will be a different experience for him, he remains fully focused on the job at hand.

"Friday will be a new experience for me going back to the Brandywell and walking into the away dressing room. I know an awful lot of the people at in the football club and some of the players very well. It'll be an adjustment for me, but I'll also have a lot of family at the match on Friday and they'll all be cheering for Pat's. Similarly, my sole focus is Pat's and working hard to get the three points."

With the Saints looking to climb the league standings, Timlin admits that the squad are determined to finish the season strongly. Having lost to the Candystripes 1-0 earlier in the season, Timlin believes small details could see the side move up the table.

"We know it's going to be tough against Derry, but our aim is to move up the table so we'll be looking to claim the points. We have come out on the wrong side of a few tight games this season, little things have decided games. If we can brush up on a few things, there's no reason why we can't move up the table."

"We'd a really close game with Derry earlier in the season in Richmond Park, so we know we can compete with them. We've players like Keith Treacy and Christy Fagan back fit and in the team now so we are capable of getting wins. If we can work hard and play to our ability, fingers crossed we can get a good result and look ahead from there."