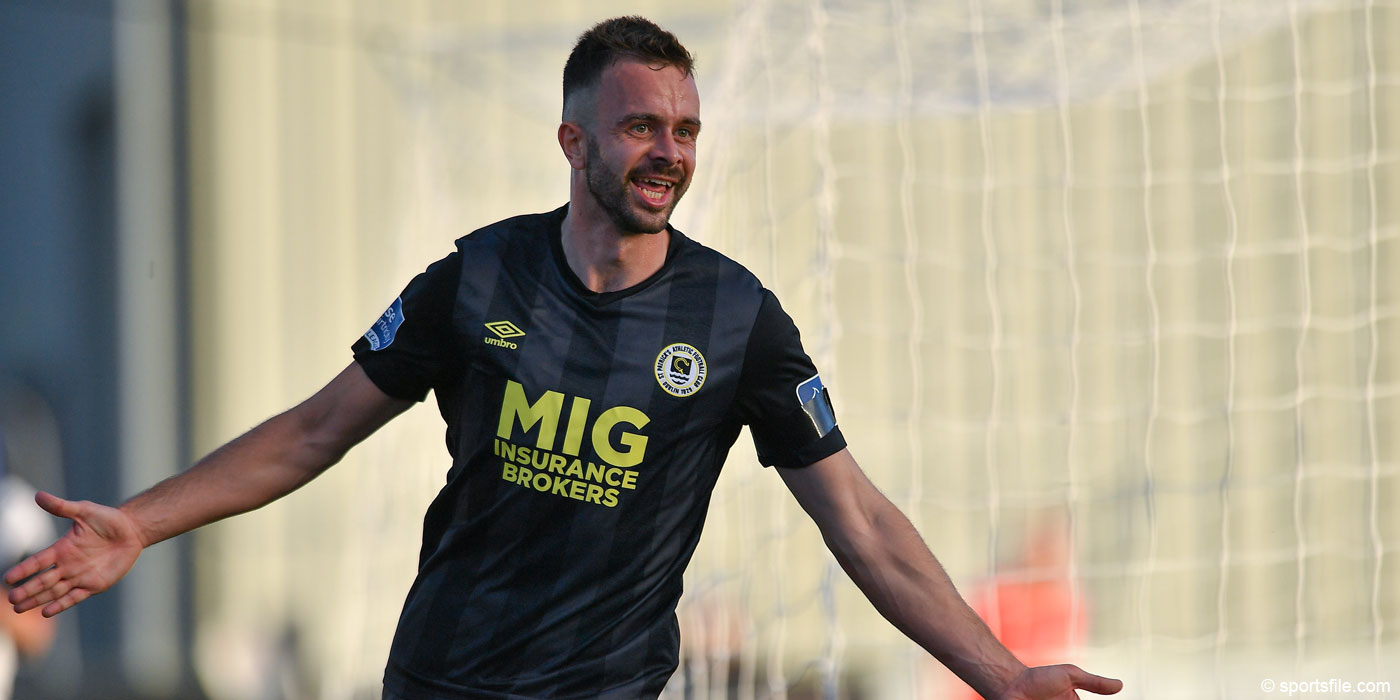 St Patrick's Athletic are delighted to confirm that defender Lee Desmond and midfielder Robbie Benson have re-signed for the club ahead of the 2021 League of Ireland season.

25 year old Desmond heads into his seventh season with the Saints having initially joined the club ahead of the 2015 season from Shelbourne and having previously played for English Premier League side Newcastle United (2011-13).

Speaking to stpatsfc.com, Desmond admitted his happiness at looking forward to another season in the red and white of the Saints and playing his football in Inchicore. "I'm really happy to be at the club. I'm going into my seventh year at the club, and that was something I probably wasn't expecting when I was signing at the end of 2014. I've enjoyed my time so far and that is why I am back."

Reflecting on securing Desmond's signature, Head Coach Stephen O'Donnell spoke of the leader Desmond has become in the group and his hopes for the former Fulham man in 2021.

"A lot of people think Lee is a two or three years older than he is but he is still only 25 so he is very young and is still learning the game. As we saw with some of his performances, everyone knows what a talented footballer he is. So we are delighted to retain Lee as other teams were interested in him from across the Atlantic and domestically also so it is a real coup to keep him onboard," O'Donnell said.

"The way he ended the season in the last five or six games, we are looking for him to build on that and have a real consistent season and be a really important player and a real leader."

Athlone native Benson joined the Saints at the beginning of 2020 having spent four seasons with Dundalk in which he won three league titles, an FAI Cup and played key roles in the Lilywhites' successful runs in both UEFA Champions League qualifiers and Europa League group stages.

With the delay to the League of Ireland season recently confirmed, Benson admitted that the wait for football in 2021 is frustrating but is one he and his fellow teammates have to be prepared for.

"I'm very happy to get the deal done to be at the club. And I'm just really excited to get going again," Benson told stpatsfc.com. "We are usually due to be back training and going into pre-season around this time but with the delay now in the season being pushed back, it's frustrating. Myself and the lads have been doing a bit of training in the off season so now we have to re-schedule our plans."

Commenting on Benson's re-signing, O'Donnell outlined his delight at securing his signature and his hopes for the midfielder in the coming season as he will link-up once more with the likes of Chris Forrester and Jamie Lennon in midfield.

"Like many of our players in the last seven or eight games last season, I felt Robbie really excelled and came into his own. He gave us great energy levels in midfield, can press with intensity and win the ball back high up the pitch in dangerous positions and can chip in with some important goals. So we're looking for a real consistent season from Robbie and the aim for him is to go and establish himself as one of the top midfielders in the country which is something he has shown previously. I'm over the moon to keep him on board."