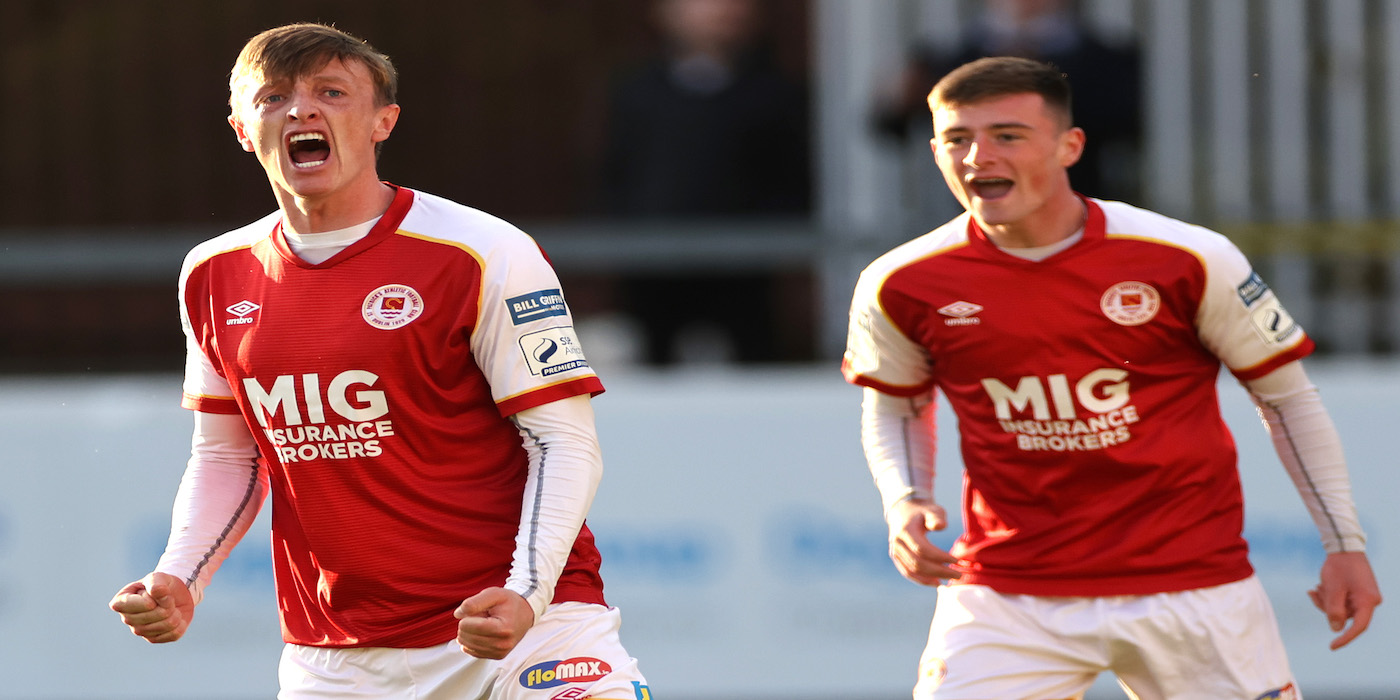 Chris Forrester scored a goal of the season contender in St Patrick's Athletic's 3-0 win over Longford Town on Friday evening.

Played under a dipping sun at Richmond Park, Ronan Coughlan's goal from close range and two pieces of magic from Forrester were enough to seal all three points against The Town.

There were three changes from the Saints team which won away to Finn Harps last time out, with Alfie Lewis, Shane Griffin and Darragh Burns replacing John Mountney, Ian Bermingham and Ronan Coughlan.

The home side had the first chance after an even opening quarter, Lewis set Burns free down the right side. the 18-year-old turned back in on his favoured left foot, but he was unable to direct his shot on target as it floated over the bar.

Immediately after, Longford broke up the other end, and the ball eventually fell to Aaron Dobbs on the edge of the box, but Saints' 'keeper Viteslav Jaros got down to save comfortably in what was a first-half of few chances.

Mountney and Coughlan were introduced at half-time in place of Griffin and Jamie Lennon.

It took Coughlan just two minutes to open the scoring.

Burns delivered a delicious cross into the dangerous area which found Coughlan via a Longford deflection, and the ex Sligo man made no mistake in poking the ball home from close range for his 3rd goal of the season.

At the other end, Longford had a great chance to draw level moments later. Karl Chambers rose highest at the back post, but his header floated just over Jaros' goal

Just five minutes after taking the lead, St Pat's doubled it, in the most emphatic of styles.

It looked as if the chance had gone when a Saints corner sailed over a crowd of bodies in the area, Coughlan recovered well and recycled to Forrester outside the box.

He unleashed a bullet with his right foot which flew into the top corner, giving Michael Kelly no chance in the Longford goal.

Chances were few and far between for the remainder of the second-half. Dean Byrne had a chance late on when he recovered a lost ball, but his dipping effort from the left side drifted just wide of Jaros' post.

Just on the stroke of full time, Forrester scored his second and The Saints had a third.

First, he won a header in midfield before chasing down what seemed like a lost cause, he won it, dribbled and jinked his way by a couple of Longford defenders before stabbing the ball home to put the icing on the cake and deliver all three points to the Inchicore men.

Next up is an away trip to Sligo Rovers on Monday with a kick-off time of 5.45pm.