The league's bottom side rattled a lacklustre Saints side in the opening period, taking a half-time lead after Dean Clarke found the net on 24 minutes.

Pat's struck back in some fashion, though, goals from Chris Forrester, Aaron Greene and Christy Fagan inside 12 minutes of the restart seeing the Dubliners claim their third straight league victory.

The Shannonsiders were quick to settle and just 30 seconds had elapsed when Paul O'Conor curled an edge-of-the-box effort wide.

O'Conor was certainly the man of the opening stages, next leaving his mark on Killian Brennan with a 50/50 challenge on half-way, Brennan recovered to continue.

The midfielder was just a shade the wrong side of the post from breaking the deadlock after 11 minutes, his 25-yard drive shaving the post.

The visitors deservedly took the lead on 24 minutes, Pat's were sloppy at the Shed end of the field, allowing Sean Russell to steal the ball.

Russell, raced toward the by-line, his pull back found Clarke, drilling home his third of the season into the bottom corner of Brendan Clarke's net.

The hosts struggled to bring their fluid game together after Limerick's surprise lead, Pat's showing little of the energy which resulted in a 3-1 win over Bohemians on Tuesday.

Forrester's speculative effort rattled the cross bar from the edge of the box on the half hour mark, the Saints first real opening.

Liam Buckley's should have been on level terms six minutes before the break, Lee Desmond, in the team for Ian Bermingham, slid the ball across the goal from the left.

Just the slightest of touches would have been enough to turn it past Conor O'Donnell, only for Fagan and Greg Bolger's failure to connect.

Moments later at the other end, Dean Clarke collected a loose ball, his run and shot failing to trouble Brendan Clarke.

The Richmond Park outfit were on level terms five minutes after the restart, showing much more energy, Greg Bolger finding Forrester, who checked inside and drove home left footed.

Two minutes before the hour mark the home side had a cushion, Fagan riffling a volley in the corner of O‘Donnell's net from Ger O'Brien's cross.

McCormack continued his busy second-half appearance having replaced Brennan, finding Greene in space on 68 minutes, Greene's effort rattled the bottom of the post.

Limerick's hard working Shane Duggan continued to force his side forward in the closing stages though failed to test Brendan Clarke.

The Inchicore side side remain in fourth place, but close the gap on Shamrock Rovers to three points in third place, remaining 10 points behind leaders Dundalk

The Shannonsiders enter the mid-season break without a victory and prop up the Premier Division with just five points, six behind Bray Wanderers. 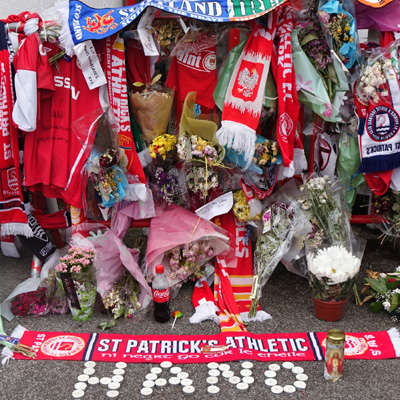 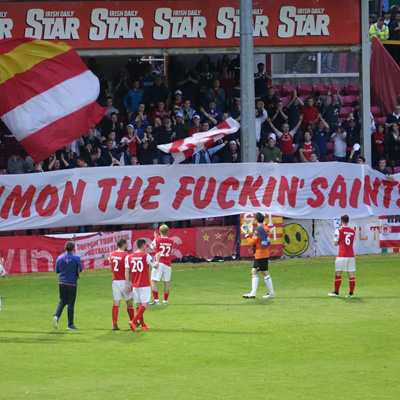